Giving back. It is a simple concept, but one not grasped often enough. One person who fully understands what it means to give back, however is Jason Taylor, legendary Miami Dolphins Defensive End and 2007 NFL Man of the Year. From his humble beginnings as a Pittsburgh youth serving as a missionary, to his endless hours of community involvement as an NFL superstar, Jason Taylor has always given something of himself to those less fortunate.

In July 2004, Jason’s philanthropy inspired him to establish the Jason Taylor Foundation, a 501 (c)(3) organization. The Foundation’s mission is to support and create programs that facilitate the personal growth and empowerment of South Florida’s children in need by focusing on improved health care, education and quality of life.

Since opening its doors, the Jason Taylor Foundation has contributed nearly $6,000,000 in programs and services to benefit youth. The Holtz Children’s Hospital officially renamed its recreational and educational facility “The Jason Taylor Children’s Learning Center,” 50 middle school students have been awarded college scholarships as a result of the Foundation’s work with Take Stock in Children and nearly 1,500 youth athletes have received “scholarships” to participate in the Jason Taylor Football Camp, experiencing hours of expert instruction on the fundamentals of football.

The Jason Taylor Foundation prides itself on innovative, impactful programming. Every September 60 deserving children are each given a $300 back-to-school shopping opportunity at Old Navy as part of the “Cool Gear for the School Year” program. To date, more than $200,000 in new clothes has been awarded. Currently, more than 75 middle and high school students participate in the Jason Taylor Reading Room, a comprehensive after-school program designed to address academic challenges among inner-city youth, particularly in the areas of literacy, and the program recently expanded to a second location. The Reading Room also features a Spoken Word Poetry component that incubated a full-blown network, now featuring more than 50 public schools throughout Broward County. The bluapple Poetry Network is rapidly expanding into other school districts with the launch of Louder Than a Bomb Florida, which brings school-based poetry teams together to showcase this art form through a friendly competition, while providing teens from diverse backgrounds a common vehicle for written and performance-based self-expression.

With Jason’s undying commitment and the continued support of community members and civic leaders alike, the Jason Taylor Foundation will work tirelessly to achieve its goal of building a better future for the youth of South Florida. 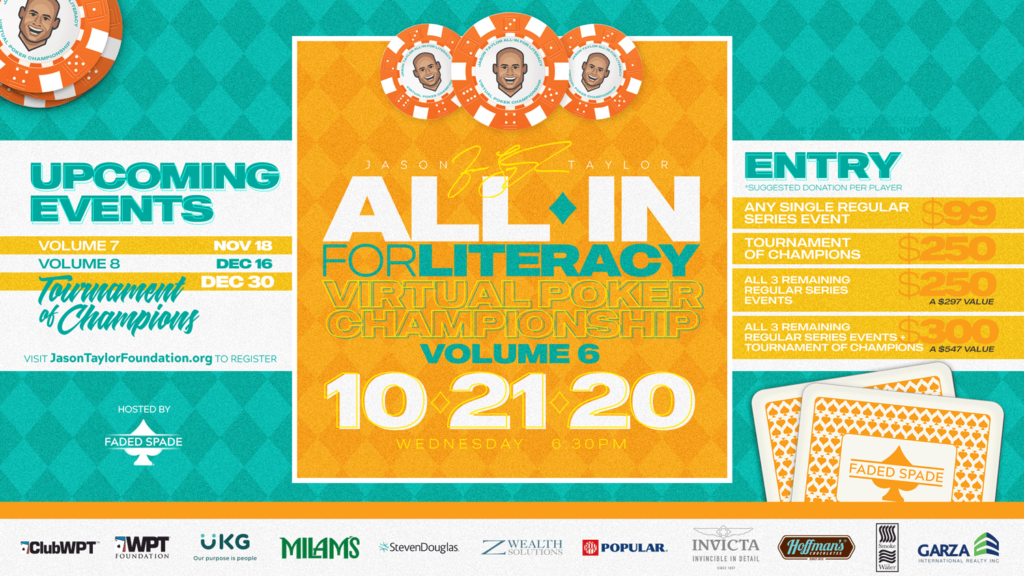