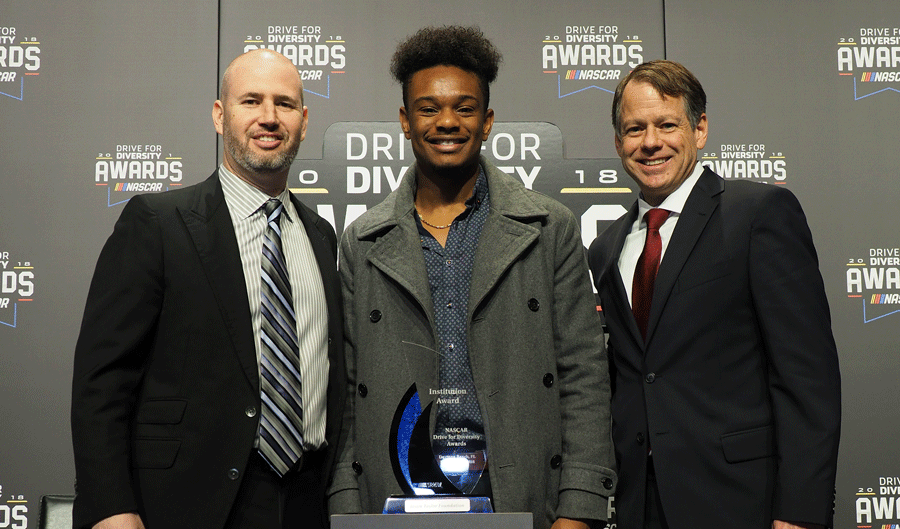 DAYTONA BEACH, FLORIDA – South Florida has always been known for being one of the most diverse and culturally rich communities in the world. Last week prior to the 60thrunning of the DAYTONA 500, one of South Florida’s leading philanthropic organizations was recognized for its work in expanding opportunities for minorities. The Jason Taylor Foundation’s Omari Hardwick bluapple Poetry Network was honored at the 2018 NASCAR Drive for Diversity Awards in Daytona Beach, Florida.

The foundation was acknowledged for their continued commitment in helping kids in South Florida excel in school through the “Write Track Poetry” program. The non-profit organization, which was founded in 2004, received the Institution Award for their efforts in exposing minorities to motorsports and encouraging the pursuit of opportunities within the motorsports industries.

Since 2016, the bluapple Poetry Network has partnered with Homestead-Miami Speedway and Miami-Dade County Public Schools to hold the Write Track Poetry competition. Throughout the two years of the program, the Write Track Poetry competition has challenged students to write and perform a spoken word piece based on a NASCAR-championship theme. As part of the competition, the bluapple Poetry Network and Homestead-Miami Speedway held pep rallies at the schools in an effort to get students excited about the program.

“Write Track Poetry not only broadens the horizons of youth and introduces them to a space and community they may have never been exposed to previously, but it also validates their stories and affirms them as students, writers, artists and people for years to come,” said Marnino Toussaint, bluapple Poetry Network’s Youth Engagement Coordinator.  “As an organization, we are humbled by this Drive for Diversity Award and celebrate NASCAR for recognizing the importance of inclusion and those who work to consistently impact diverse populations.”

In 2017, a total of 13 Miami-Dade County Public Schools participated in the Write Track Poetry competition. During the two years of the program, more than 4,500 students were introduced to spoken word poetry and more than 1,000 students wrote and submitted poems.

In addition to the competition, the Write Track Poetry program has provided a select group of students the opportunity to have their NASCAR-centric writing pieces professionally recorded and produced. The videos of the students are then played prior to the Ford EcoBoost 300 XFINITY Series championship race at Homestead-Miami Speedway.

“The Jason Taylor Foundation’s bluapple Poetry Network, has made a profound impact on the youth of South Florida, and the Write Track Poetry program is a prime example of that,” said Homestead-Miami Speedway President Matthew Becherer. “Poetry is a powerful instructional tool in the classroom that helps students build upon their creative skills, while also expanding their cultural horizons and providing them a platform to express themselves. We are thrilled to have the opportunity to continue our partnership with the bluapple Poetry Network for this great initiative.” 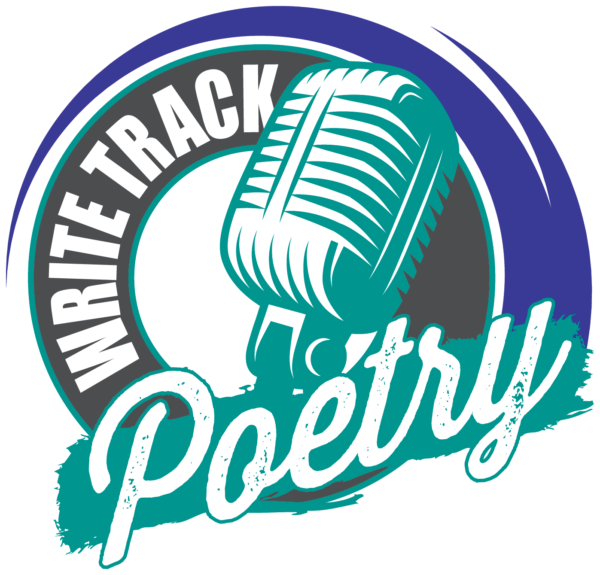 In July 2004, Miami Dolphins legendary Defensive End and Pro Football Hall of Famer, Jason Taylor, established the Jason Taylor Foundation, a 501 (c)(3) organization. The Foundation’s mission is to support and create programs that facilitate the personal growth and empowerment of South Florida’s children in need by focusing on improved health care, education and quality of life.

Homestead-Miami Speedway has been open since 1995 following an initiative to spur economic recovery in the aftermath of Hurricane Andrew. The Speedway is a 650-acre facility that features a 1.5-mile oval and 2.21-mile road course. The Speedway hosts on-track events nearly 300 days per year and generates more than $301 million annually for the region. In 2017, NASCAR crowned champions in all three of its national series at Homestead-Miami Speedway during Ford Championship Weekend for the 16th consecutive year (2002-17). Champions crowned at Homestead-Miami Speedway in 2017 were Martin Truex Jr. (Monster Energy NASCAR Cup Series), William Byron (NASCAR XFINITY Series) and Christopher Bell (NASCAR Camping World Truck Series). 2018 Ford Championship Weekend will be held November 16-18.

About “Driving for a Cause”

“Driving for a Cause,” the charitable arm of Homestead-Miami Speedway, operates under the auspices of the NASCAR Foundation as a 501(c) 3 non-profit organization.  Homestead-Miami Speedway will continue each of its charitable activities, including its in-kind donations to local groups, support of Homestead Hospital’s Speediatrics unit, and its program where organizations can work track events in exchange for a donation to their group or cause.

#CoolGearFromTheSchoolYear is 1 month away and we just received an incredible gift. A special donor has committed t… https://t.co/NPp88mexmK

Hard to believe it was 5 years to the day that the bossman @JasonTaylor was enshrined in the @ProFootballHOF! Our g… https://t.co/yIgQHAasV2