at Third Annual Community Hall of Fame Dinner on May 13th

Jason Taylor opened the doors of his non-profit organization in 2004 with the goal of building a better future for area children in need. Nearly 15 years later, the Pro Football Hall of Famer established a Hall of Fame of his own to celebrate individuals who inspire him daily to carry out the Jason Taylor Foundation’s mission.

On Saturday, May 13, 2022, the third annual Jason Taylor Community Hall of Fame Dinner will be hosted by Seminole Hard Rock Hotel & Casino Hollywood. This year’s class of Community Hall of Fame inductees will include Jeff Conine (Celebrity Honoree), Susan Renneisen (Corporate Honoree) and a Youth Honoree to be determined by a panel vote.

For the first time in the event’s history, the Jason Taylor Foundation will accept nominations for the Community Hall of Fame Youth Honoree. Submissions for a youth (high school senior or younger) who has exhibited superior commitment to service in the South Florida community should be made here: https://www.jasontaylorcommunityhof.org/nominate/ 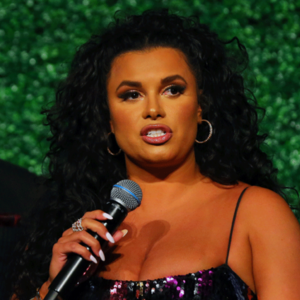 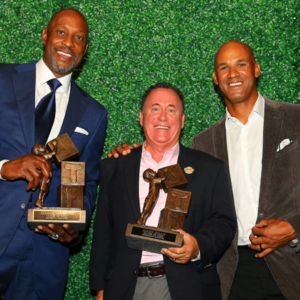 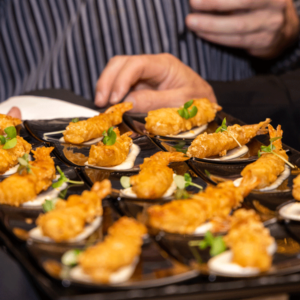 Joy Taylor, co-host of SPEAK on FS1, and sister of Jason Taylor, will emcee this event. Proceeds from this event will benefit the Jason Taylor Foundation whose mission is to support and create programs that facilitate the personal growth and empowerment of South Florida’s children in need by focusing on improved health care, education, and quality of life.

“The bar has been set high by our existing Community Hall of Famers, and this year’s class featuring Jeff Conine and Susan Renneisen is an incredibly worthy addition to that very special group,” said Jason Taylor. “With each new class, I am reminded more and more how fortunate all of us in South Florida are to have community leaders who put others in front of themselves. We cannot wait to celebrate Jeff and Susan, along with a special young person, for all that they do to make our community a better place.” 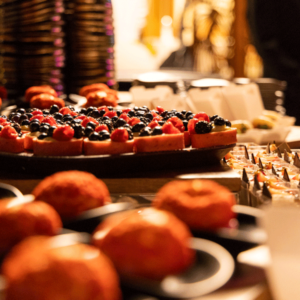 For information on partnership opportunities and attending the Jason Taylor Community Hall of Fame Dinner, contact the Jason Taylor Foundation offices at (954) 424-0799 or by emailing info@jasontaylorfoundation.com or visit www.jasontaylorcommunityhof.org.

Jeff Conine played 17 seasons of Major League Baseball, including seven with the Florida Marlins (1993-97; 2003-05). He was an inaugural player on the Marlins roster, a two-time All-Star with the club (1994, 1995), MVP of the 1995 MLB All-Star Game as a representative of the Marlins, and member of the team’s two World Series Championships, earning the title “Mr. Marlin” for his contributions on and off the field. In 1997, Jeff and his family established the Conine Clubhouse at Joe DiMaggio Children’s Hospital to serve as a “home away from home” for families of children receiving medical care at the hospital. More than 13,000 families have stayed at the Conine Clubhouse, remaining close to their young ones during critical times in their lives. Conine’s annual charity golf tournament, now in its 29th year, has raised more than $7,000,000 for the Clubhouse, while his Celebrity Poker Classic, approaching its ninth year and held annually at the Seminole Hard Rock Hotel & Casino, is a key contributor as well.

Susan Renneisen is Vice President of Community Affairs & Special Events at the Seminole Hard Rock Hotel & Casino in Hollywood, Florida.  She pre-opened the South Florida entertainment destination as an executive committee member and quickly established herself in the community as a premier event producer. As a representative of Seminole Hard Rock, Susan holds board positions on The Ann Storck Foundation, Big Brothers Big Sisters Broward, The Russell Education Foundation, Habitat for Humanity, The Art and Culture Center of Hollywood, The Jason Taylor Foundation, and The Ft. Lauderdale International Film Festival. Susan is Past Chairman of The Board for the Seminole Hard Rock Winterfest Boat Parade and produces the annual Winterfest Black Tie Ball. She is a recognized community leader and activist, spending much of her personal time working with charitable organizations such as The Boys and Girls Club, The American Cancer Society, The Harvey Milk Foundation, Neighbors4Neighbors, LLS, JDRF, and The Pantry of Broward to name a few.

In July 2004, Miami Dolphins legendary defensive end and Pro Football Hall of Famer, Jason Taylor, established the Jason Taylor Foundation, a 501 (c)(3) organization. The Foundation’s mission is to support and create programs that facilitate the personal growth and empowerment of South Florida’s children in need by focusing on improved health care, education and quality of life.