There’s more to football than touchdowns and turnovers. The game teaches players the importance of having a strong work ethic, working together as a team, and overcoming adversity. Something Robert Jones is familiar with. Robert played in the NFL for a few years before he retired and started his career as a corporate trainer at Weatherby Healthcare – a division of CHG Healthcare. The company’s conviction in putting people first and the importance of giving back in the community, gives Robert the opportunity to combine his love for sports and making a difference.

“If you care about people and you give back to people, then the whole world makes a difference and that’s what happens here at CHG,” Robert says.

Robert uses his company-paid volunteer time off to mentor youth in the community and appreciates the positive impact sports have on those he mentors. It was at a youth football game where Robert got to know Jason Taylor and learned more about his foundation. Inspired by the work Jason’s foundation was doing, Robert introduced Weatherby’s leaders to Jason and the foundation.

“We love the foundation’s emphasis on education and the impact they have,” says Bill Heller, division president of Weatherby Healthcare. “We wanted to support their efforts to create programs that help empower the children in our community.”

Since their introduction to the foundation, Weatherby employees have volunteered as judges during JTF’s Louder Than A Bomb Florida poetry festival and held a backpack donation drive for the foundation, gathering nearly 100 backpacks for students in need. Weatherby’s parent company, CHG Healthcare, is even sponsoring this year’s JT’s Ping Pong Smash.

“We’re fortunate to work for an amazing company like CHG that encourages employees to pay it forward,” Bill shares. “The company truly cares about making a difference and empowers its people to give back to the organizations that are important to them.”

If you want to work for a company that makes giving back a priority, check out the open jobs at CHG. 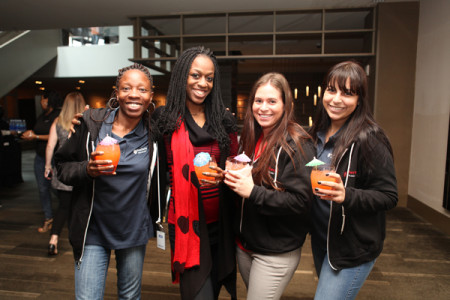 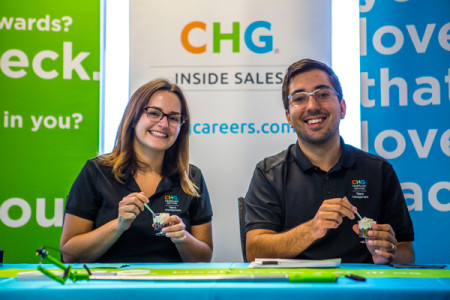